Last month, Snyder and his colleagues christened their new post production and critical listening studio within the multimillion-dollar Steven L. Schoonover Center for Communication. The new studio, a Walters-Storyk Design Group facility with system engineering by Snyder, was created to teach conventional as well as bleeding-edge audio production techniques. As such, it’s a most exciting time in this relatively small corner of Ohio University, a campus boasting over 20,000 students. At OU, you’ll find Snyder teaching alongside Josh Antonuccio, Eddie Ashworth and Jeff Redefer in their new studios.

“We’re training students for jobs that do not yet exist but will in 18 months,” predicts Snyder of new audio production professions. “We’re fortunate to reside within a very progressive college with a lot of really interesting things going on. We’re able to take risks. Right when we were thinking about what equipment to put in here, the post-industry was breaking wide open with new possibilities. I think we’re living at an intersection where students are getting ready to move into amazing careers.”

Committed to teaching Nuendo as a preferred DAW for post production (while also teaching Pro Tools and Adobe Audition techniques), the program carefully researched all workstation and work surface options for the new facility, resolving to Nuendo and Nuage, respectively, for a variety of reasons. “When we were setting out to create a new post-production room, we initially selected one of the more mainstream post-production platforms—a rational choice,” says Snyder. “Looking at budgets and long-term functionality, we determined that it wasn’t feasible.

“We determined that the Yamaha Nuage control surface provides expandable and future-proof functionality, and as a team, we started looking at all the components surrounding Nuendo and Nuage, realizing how Nuendo is astonishing software. For our money, it feels professional and works phenomenally well with world-class support. As a faculty, we are committed to teaching techniques, not a piece of software. We just wanted to have the best tools to teach post-production; we’re pretty sure that’s Nuendo and Nuage.” 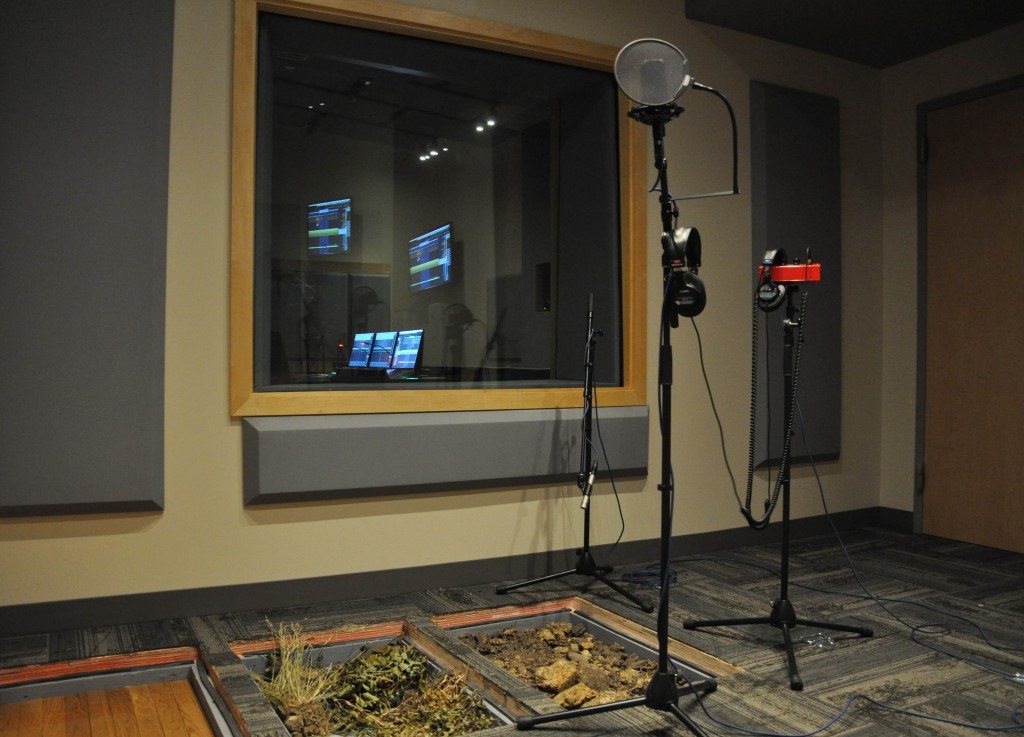 Considering potential job growth in gaming and audio for multimedia content, virtual reality is at the top of the curriculum list, explains Snyder, further supporting his college’s significant Nuendo/Nuage investment.

“There is absolutely no better software for creating audio for virtual and augmented reality than Nuendo. For example, Oculus and Microsoft have adopted Nuendo and the Nuage mixing systems for internal use. In addition, our college recently launched the Immersive Media Initiative to develop a virtual and augmented reality production curriculum at the Ohio University GRID Lab. Their post-production facility also features Nuendo and Nuage. On campus, we have 30-plus seats of Nuendo and, now, two Nuage rooms.”

Snyder is careful to emphasize the new studio’s role as a place to collaboratively listen as well. The studio features a number of Radio Design Labs RDL TP-HA1A stereo headphone amplifiers for personal listening purposes that use the rooms Dante network. “It’s a critical listening and post-production room,” he notes. “It’s a tall mixing stage with the Nuage surrounded by 20-plus seats, so the students can actually sit around the film mixing stage, getting into the sweet spot to be part of the mixing process. It’s a great room for critical listening. That, and all the seats have head-mounted headphone jacks; every single seat is the best seat in the house, if you will. So it really is a dual-purpose room.”

While many bachelor of science degrees in audio production disciplines are found within schools of music and even engineering departments, Snyder feels that his college of communication provides a unique angle on teaching audio production. “It gives us a lot of freedom with our curriculum,” he explains. “Having that freedom means we can better teach students to be responsible, media-savvy, forward-thinking [content] producers and audio engineers. We want them to have a broad taste, as in the world today, there’s more media created than ever. Our philosophy, looking at it all holistically, is that there will always be jobs in audio production, but you have to know what those jobs are and how to go out there and get them. Because we’re in a media school that teaches audio, video, games animation, screenwriting, producing, digital storytelling—all this—students will know how to produce audio for games, video, animation and beyond, leaving the school well-prepared for the future.”

Kyle P. Snyder is an engineer, educator, and consultant skilled in audio recording and mixing, sound design for film and video, facility design and integration, and live event production. Snyder works remotely on projects of all sizes from his Ohio-based studio, White Coat Audio, LLC. He is also a faculty member within Ohio University’s School of Media Arts & Studies dedicated to the advancement of audio education for engineers at every stage of development where he routinely teaches courses in music production, critical listening, and sound design for film and video.